Hi people. Women against Corruption Project(#CorruptionToo) is a initiative that seeks to create awareness of the differentiated impact on women and girls over men. For example, there are crimes that women and girls are sensitive such as human trafficking for sexual and work issues.Human tand immigrants trafficking are two different crime where a chain of corruption is involved. Also , due to the fact that women and girls are part of the poorest population of the world(feminization of poverty), they depend the most on public services like access to health, education and justice. There is no much data about corruption and gender, this is why it has been difficult to establish policies to attack the problem, but we believe that if we create a community with real stories of how women and girls live corruption we can create awareness to call for solutions for this problem.
Corruption not only involves money or gifts. It can also involve sex, for example sexual stortion is a type of corruption where sex is the exchange coin. This type of corruption is common in the workplace, universities and access to public services.In addition, this type of corruption is relevant in the age of #metoo. 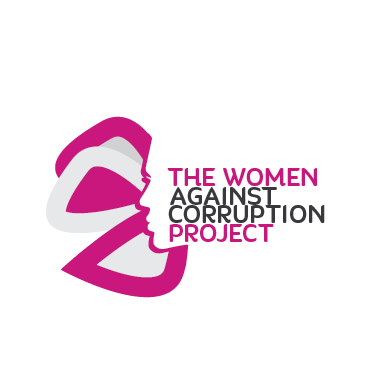 Mission
• Create awareness about the linkages between corruption and gender because women suffer the most the consequences of corruption due to to feminization of poverty. Also, because there are crimes more gender sensitive such as human trafficking, sexual extortion and trafficking of immigrants.
• Generate data of the differentiated impacts of corruption on women over men. Data is needed to do advocacy and create better policies. At this moment, there are no survey nor disaggregated data in this regard.

Vision
We wish to have a project that can be a tool for policy change. In addition, we hope the project can be an example of what a good anticorruption open project can do. The project has a good momentum in the age of the #metoo movement. We want to take advantage of it.

Using the powerful tool of storytelling.We want the contributors to share stories of how women and girls from their community have lived corruption. On the other hand, you can contribute by sharing famous stories in the media of your country where any type of gender violence and corruption was involved.

To contribute(see the contributor guidelines), you have to protect the name of the person you are writing about.Also to write where, how , description of the story and who(as I mention no names).Mentioning names is valid only when the case has been public in media. In addition, this is a anticorruption project; this is why integrity and veracity of stories is needed.Fake information is not allowed. It is called vandalism and its is a challenge to tackle.

Type of stories/articles we are looking for(example)

Title: Porkys
Type of violence: Sexual
Type of corruption: traffic of influences, conflict of interest
City: Veracruz
Country: Mexico
Year:2016
Body of the article: Daphne was a young underage lady in the state of Veracruz in Southern Mexico. She revealed that after leaving a nightclub, she was intercepted by four young boys from the upper class called” Porkys” who obligated the girl to get into the car.Once in the car, she was sexually abused in the Costa de Oro suburb.
Even though, three arrest warrants were released; only two boys were arrested: Enrique Capitaine(son of a former major of Veracruz) and Diego Cruz, arrested in Madrid after activation of Interpol´s alert.On the other hand,Jorge Cotaita remained fled.
A judge found Diego Cruz innocent despite the proofs after it was ruled that Diego had no intentions to abuse her.

How to use the information of the project